Should Expectant Mothers Get Their Flu Shot During Pregnancy? 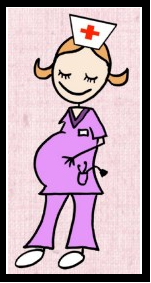 Marie* was pregnant with her third son, when the H1N1 scare arose, and she was very hesitant to get the “new” flu shot she was hearing so much about. In her home state, she heard talk of a bill that would mandate all healthcare professionals to get the flu vaccine or face being fired. Though she was a nurse, she was scared and overwhelmed by the reports she saw on the evening news and anecdotal stories she read on the internet. She was understandably concerned about protecting her unborn baby, and Marie knew she wouldn't be able to escape having contact with the flu virus, especially with her current nursing unit containing >60% influenza patients. She spent time asking the doctors around her about the safety of receiving flu vaccines while pregnant. She even sought out medical advice from the head of Infectious Disease and Clinical Nurse Educators at the hospital where she was employed. The pregnant nurse was just beginning to discover the need for critical thinking and analyzing news updates and educational information about immunizations, for not just her workplace but also for her personal life.

What Did Marie Learn?

Influenza can cause severe illness and complications in pregnant women due to the changes in the immune, cardiac, and pulmonary systems during pregnancy. Pregnant women become more prone to adverse affects from influenza, as well as hospitalizations and even death. The unborn baby is also highly susceptible for serious problems such as premature labor and delivery- and babies born prematurely are at much higher risk of death.

The flu can be deadly for anyone and pregnant mothers are at higher risk of death. According to the CDC, pregnant women accounted for one in 20 deaths from H1N1 influenza (swine flu) in 2009. By comparison, only one woman in 100 was pregnant in the population. New Zealand and Australian data showed that in 2009 pregnant women there were also seven times more likely to be admitted to intensive care with influenza, compared to non-pregnant women of child bearing age. This risk increased to 13 times more likely if a  woman was more than 20 weeks pregnant.


Why should pregnant women get the seasonal flu vaccine?

The flu vaccine can save the mother and child’s life by preventing or lessening the intensity of the influenza. It not only protects pregnant women but it also has the ability to protect babies, prenatally and post-natal. For example a study showed that the flu vaccine protected both the mother and the infant from the flu when the mother was vaccinated. Not only was the baby protected in utero, but the protection lasted after birth as well. One area of interest in the study was that mothers who received the influenza vaccine were significantly less likely to have respiratory illness with fever, as compared with the control group, and had fewer respiratory illnesses with a temperature of more than 100.4°F and fewer clinic visits.

A new study showed a 70 percent decrease in preterm deliveries during the flu season for moms who got their yearly flu shot. "Infants who were born during the putative influenza season (1 October–31 May) and whose mothers were vaccinated against influenza during pregnancy were less likely to be premature compared to infants of unvaccinated mothers born in the same period."
Even more recently, in September 2012’s Obstetrics &Gynecology, researchers found women who were vaccinated with the influenza vaccine were less likely to suffer a stillbirth (a pregnancy loss after the 20th week): 0.3 percent gave birth to stillborn infants, while 0.6 percent of unvaccinated women delivered stillborn babies. The protective effects continued after birth. While 0.4 percent of unvaccinated mothers lost their babies soon after birth, only 0.2% of vaccinated mothers suffered the same loss.

Newborns enter the world without protective immunity and are not able to receive the flu vaccine until they are six months of age. Until they can receive all the shots in the flu vaccine series they are extremely vulnerable to the flu. Infants who do catch the flu can become severely ill, require hospitalization and even die. One particular study (Influenza vaccine given to pregnant womenreduces hospitalization due to influenza in their infants) revealed a sharp reduction in flu season hospitalizations among infants whose mothers were vaccinated against the flu. The study discovered that when influenza vaccine is given to pregnant women, it is 91.5% effective in preventing hospitalization of their infants for influenza in the first 6 months of life.


What caused the decrease in infant hospitalizations
in mothers who were vaccinated
during the pregnancy?


A study from Utah answered that question- they found that pregnant women who received a flu vaccination passed their flu immunity to their babies in the form of flu antibodies. They were also able to determine that the protection from the vaccine actually lasted for a few months after birth. “Our research suggests that maternal vaccination does provide some protection from the flu for a few months after birth," asserts lead author Dr. Julie Shakib, an assistant professor of pediatrics at the University of Utah.

Not only will the baby receive antibodies produced by the mother during the pregnancy, but if mother is vaccinated against the influenza it means that she’s also less likely to be a carrier to pass along the virus.
Moreover to prove the longtime effect, in a 2011 study, babies whose mothers had a flu shot during pregnancy were nearly 50 percent less likely to be diagnosed with the flu during their first flu season than were babies whose mothers didn't have a flu shot during pregnancy.
Are Flu Shots Safe for Pregnant Mothers? 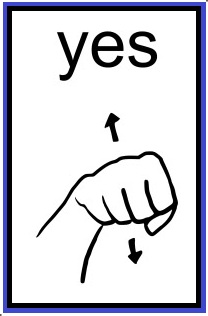 The safety of the flu shot has been studied in over ten thousand pregnant women, and there is no evidence that it is a risk for either the expectant mothers or the baby. One particular study demonstrated that immunization didn’t increase the risk of miscarriage- in fact, it found no link between influenza vaccination during pregnancy and miscarriage. In the study, researchers compared 243 pregnant women who miscarried and 243 pregnant women who did not have a miscarriage. Women who miscarried were not more likely to have received flu vaccine in the four weeks before their miscarriage, compared to women who did not miscarry.

An interesting study that gathered data over a course of 20 years found no unusual complications among pregnant women who've received the vaccine. It’s an extensive and though study that’s well worth reading.
When the American Journal of Obstetrics & Gynecology analyzed the 148 VAERS reports received between 1990 and 2009 about pregnant women who had received flu shots, the findings were quite positive. 27 nasal spray reports were actually simple accounts of pregnant women who inadvertently received the nasal-spray vaccine between 2003 and 2009 - often because the women did not yet know they were pregnant or did not tell the health provider administering the vaccine- These women did not suffer any reactions. 88 percent of the reports were classified as non-serious- with the most common complication being reported as skin reactions at the injection site, symptoms like fever and fatigue, and mild allergic reactions. There were 20 reports of miscarriage, amounting to an overall rate of two per one million vaccinated pregnant women. By comparison, between 10 percent and 20 percent of U.S. pregnant women suffer miscarriages, dependant on age. With this information and that from many other studies  reaching  the same conclusion, the AJOG determined that the flu shot is safe during pregnancy (Amy Norton, ReutersHealth) 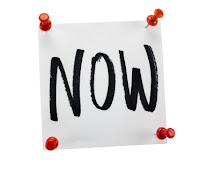 The Evidence is overwhelming. The best time for a pregnant mother to receive her flu shot is now.

When pregnant mothers are ready to receive the influenza vaccine, they should be sure to request the flu shot and not the nasal spray vaccine. The flu shot is made from an inactivated virus, so it's safe for both mother and baby during any stage of pregnancy. The nasal spray vaccine is made from a live virus, which makes it less appropriate during pregnancy or while you're trying to conceive. It's best to get the flu shot in September or October so the vaccine has time to produce antibodies before the flu season begins to allow proper protection. Women who miss getting the shot in the fall will find  it is still worth getting vaccinated later because the flu season can last into May. As a side note- the flu shot available during the 2012-2013 flu season offers protection from both H1N1 flu (swine flu) and seasonal flu.

Pregnant mothers must also become advocates and encourage family members and those who will have close contact with the infant to get their annual flu shot. It doesn’t matter which type, nasal spray (LAIV) or shot,  the more people who vaccinate the lower the risk of exposure for the mother and unborn child.

An important note, there is a common misconception that pregnant women will get the flu if exposed to someone who received the nasal flu spray (LAIV).   While there have been rare reports of transmission of the LAIV vaccine strain to a close contact of someone who received the spray, “the majority of these individuals were entirely asymptomatic, and the information was identified serologically in the context of a research study after the fact.  A small minority did experience mild upper respiratory tract symptoms as you might expect from the vaccination itself.  These individuals did not acquire the ‘wild type’ flu.  No one became seriously ill.  Further, to our knowledge, no transmission of the LAIV has ever occurred to a pregnant woman.  There is no need for pregnant or postpartum women to avoid contact with persons recently vaccinated with LAIV” as per the Arkansas Department of Health.


To touch base with our pregnant nurse, by the time Marie’s hospital had a supply of the vaccine, she was one of the first in line to receive the shot- thanks to her colleagues and educators who took time to answer her questions and clarify misconceptions. Unfortunately not all pregnant mothers had early access to the H1N1 vaccine and as a result of contracting the flu, many, including a dear friend of Marie, lost their children when they suffered from miscarriages after contracting influenza. Marie’s experience encouraged her to ensure her patients and family knew the true risk influenza poses for pregnant mothers and the importance of getting flu shots during pregnancy in order to protect the baby and themselves. Healthcare workers are responsible for educating pregnant mothers about receiving the influenza vaccine- this vaccine has saved countless lives over its 45 years of use and study. Help new families start their lives healthfully and flu-free.

*names changed to protect privacy
Posted by Nurses Who Vaccinate at 1:57 PM