Families Advocate for Meningitis Vaccine on both sides of the Ocean

The nurses and members of Nurses Who Vaccinate would like to offer sincere support and our deepest gratitude to Lee Booth, of the UK, for bringing attention to a serious and life-threatening communicable disease: meningitis B.


As news of the tragic death of two-year-old Fay Burdett from Kent County in South East England due to a meningitis B bacterial infection rocked the world on Valentine’s Day 2016, attention was brought to an important issue in the United Kingdom: the fact that the meningitis B vaccine is not made available for all children and is only covered at no cost for those under 12 months. Lee Booth, a father of two, started a petition to get the meningitis B vaccine available for all children on the free schedule of vaccines in September 2015 when his older daughter was denied the vaccine because she was older than 12 months. Booth, like many parents, was upset that parents who wanted to protect their children older than 12 months would have to pay out of pocket for this life-saving vaccine.

Faye Burdett from Kent County in the UK was just two when meningitis B took her life after struggling with the infection for 11 days. Her parents released the photo of her on the right to raise awareness on how swiftly meningitis B can claim a life. 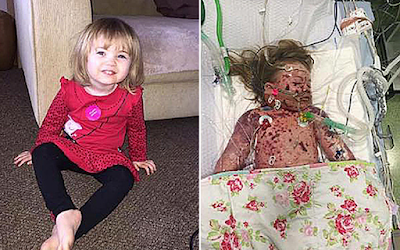 The UK Parliament responded to the Booth petition by stating that they cannot provide the vaccine to all children as it would be too costly, citing the Joint Committee on Vaccination and Immunization (JCVI) recommendation that it is only cost effective to offer the three-part meningitis B vaccine, Bexsero, series at ages 2 months, 4 month and 12 months.

Alan Glynn from Perth has stated that he’s “disgusted” that the UK has not amended the schedule of vaccines even after the petition reached over 800,000 signatures. Glynn lost his daughter, Alexa, to meningitis 5 years ago and has been a strong advocate in spreading awareness of the disease and the vaccines available ever since.

Meanwhile, across the Atlantic Ocean, the Kimberly Coffey Foundation, which was founded in honor of Kimberly Coffey who lost her life to meningitis B in 2012, also chimed in on the issue, stating on their Facebook page, “We agree with you Alan. Human life should not be equated into what is cost-effective".


Bacterial meningitis infects about 3,200 people annually in the UK and more than 1 in 10 of those cases are fatal. Children under 5 and adolescents are most likely to contract meningitis B in the UK, yet the vaccine is currently only available for those under 12 months. According to the Centers for Disease Control (CDC), bacterial meningitis is highly contagious and spreads through respiratory droplets and throat secretions. Symptoms of meningococcal disease are usually sudden and flu-like, including fever, headache, and the hallmark signs of a stiff neck and extreme sensitivity to light. In the United States, anyone can get meningitis B but it is most common in children under one and in adolescents.

In February 2015, the Kimberly Coffey Foundation met with the ACIP in Atlanta to advocate for adding meningitis serogroup B vaccination to the recommended schedule of vaccines. The ACIP determined that vaccination would only be offered to high risk populations in the event of an outbreak. In June 2015, the ACIP amended their suggestions to state, “A MenB vaccine series may be administered to adolescents and young adults aged 16–23 years to provide short-term protection against most strains of serogroup B meningococcal disease. The preferred age for MenB vaccination is 16–18 years (recommendation Category B).”


Angela Quinn, BSN, RN is a registered nurse on Long Island. She is passionate about nursing and public health and serves as an Executive Board Member in Vaccine Advocacy for Nurses Who Vaccinate. 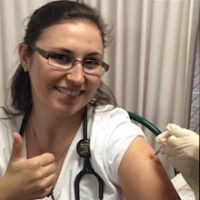 Posted by Nurses Who Vaccinate at 11:56 PM 3 comments: Links to this post